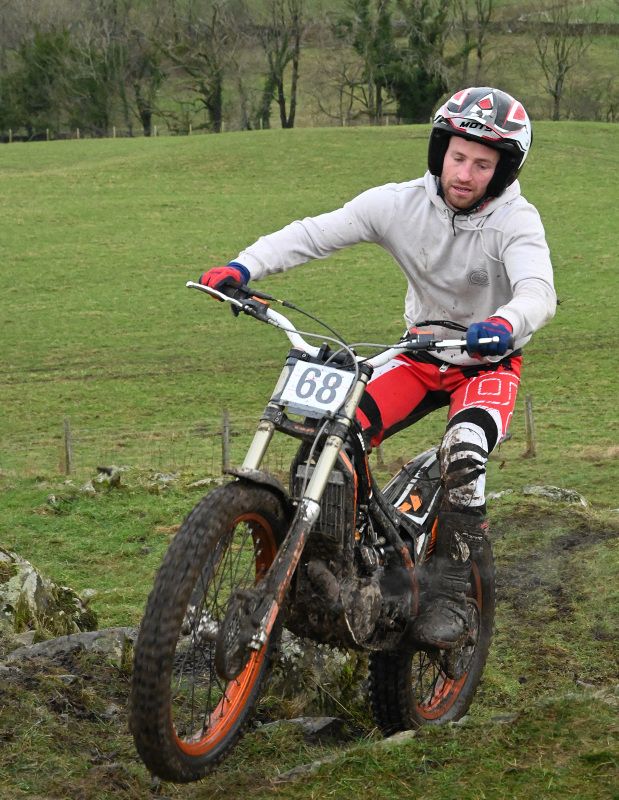 The largest entry for a club trial since the beginning of Covid was attracted to Holmscales Quarry for the Lakes GTRC event on January 9 with 119 riders signed on to take part in this event over four laps of 12 sections on a winter’s day that was dull but mercifully not too cold.

The identical twin brothers Ryan and Aaron Whitfield, both currently Northern Centre Champions in their respective classes, managed to finish first and second over the hard course, with the win going to Ryan by just a single mark from Aaron. 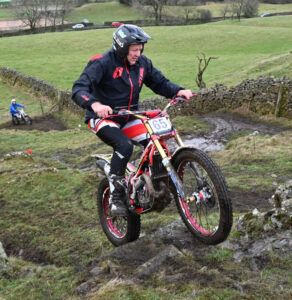 Their success was no mean achievement as they were up against some strong competition in the shape of good friends Michael Irving and Nick Shield, both TRS mounted and who are in training for the upcoming Scottish Six Days Trial in which they are riding together for the charity Make a Wish in honour of Nick’s late wife Diane who passed away just a year ago.

Always closely matched, it was Irving who came out best this time with third overall on 16 marks whilst Shield was a further 9 adrift, but in turn 2 ahead of Robert Crayston who is perhaps better known as a competitor in the World Extreme Enduro Championship. 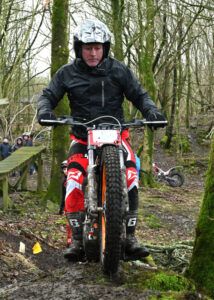 Robert Dobson with just four marks lost was comfortably ahead of Richard Taylor in the results of the Clubman course with Nathan Holmes and his lad Toby in third and fourth place on 11 and 12 respectively.

There’s a dead easy clubman course in Lakes events which is one of the reasons why the trial attracted such a large entry and it was Tony Johnson on two who just beat Ephy Wilson by a single mark. 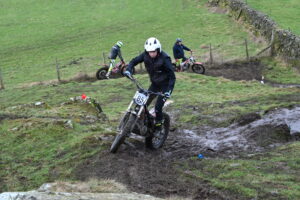 Few Northern events cater for C and D youths, but Lakes do and attracted 10 youngsters in which  Toby Jackson and George Dixon won C and D respectively.

Full results can be found under the Results link from the Home page. They will need enlarging on phones/tablets by 200%.

Pictures in the Gallery are by Mike Rapley.

Roll up for some more cracking Cumbrian corkers.