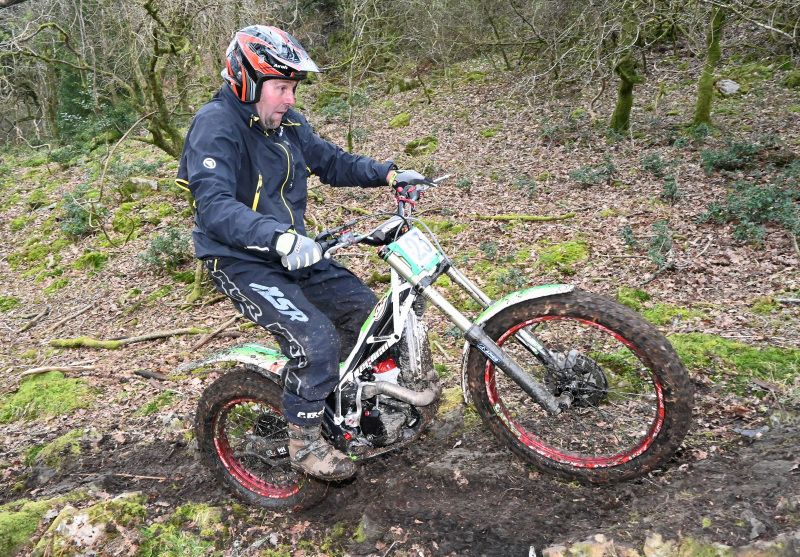 The steep, bracken covered hillside to the west of Back O’Fell road, Lindale, was the venue for the Barrow Club’s Founder Members Trial on Sunday, March 13 where Darren Brice debuted the first of an occasional ride on an EM to win the hard course with a clean sheet.

Bricey is quite obviously a class act and a win for him is nothing out of the ordinary, but even so, riding the EM was a new venture in competition and he showed that in the right hands, the Inch Perfect demonstrator can easily be a trial winner. Harry Towler, Simon Brice and Jonny Clark were the others on the harder route and that was their finishing position.

Just a single mark was the winning score for Patrick Edwards on the Clubman course  (the lead picture from section 10) which he achieved with the furthest travelled clean tie decider as it was Mike Instance who was runner up, on a single mark as well, riding the most standard 175 Yamaha, complete with silver painted frame whilst Richard Taylor was third overall on 4 lost.

A number of Northern clubs are trying to encourage younger, new and returning riders to the sport with an easier version of the Clubman course and over this route it was 8 year old Cameron Batty who lost six marks to win from Tony Johnston, a much older rider, on 10. 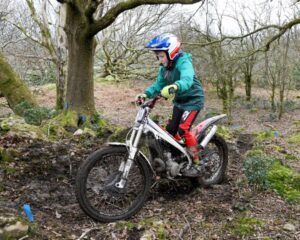 There was a decent entry of over 50 riders and with spring making its appearance, the mild conditions and relatively dry course ensured that an early finish was on the cards after four laps of the ten sections.

The results are now under the Results link at just 5.15pm the same day, so well done to James Postlethwaite for rapidly producing the finalised spread sheet of scores.

Kitch pics will appear on Monday afternoon once he has done his photoshopping to make them suitable for this website.