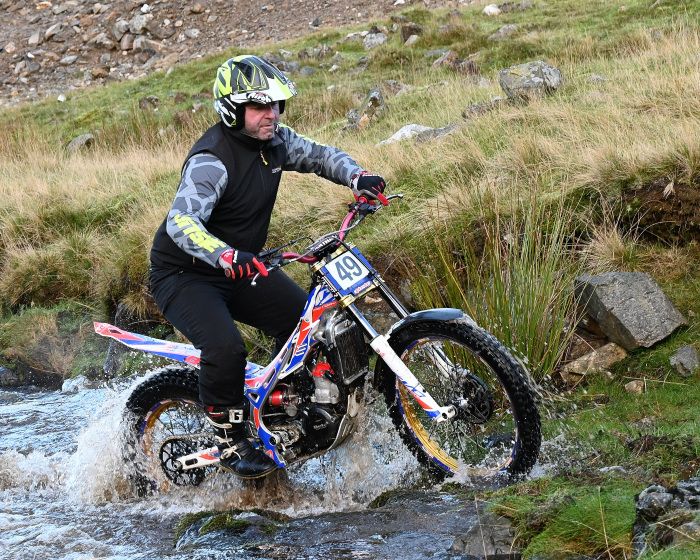 Now with Kitch pics in the Gallery

Under the brooding mountains of Birk Moss and Brae Fell runs the swiftly flowing stream known as Dale Beck in Roughton Gill, a location where the Cumberland County MCC have held trials under planning permission from the Lake District national park for more than 40 years. This event was their Memorial Trial.

The planning permission limits the entry to 60 riders and that entry was reached in advance of the event, however on the day there were several non-starters, possibly due to the incredibly cold conditions on the day. The sky was cloudless and the sun shone brightly but never penetrated into the far end of the course where observing was definitely not for the faint-hearted.

Over 3 laps of 12 sections deep in the northern part of Cumbria’s Lake District, Darren Brice proved the master of the slippery streams with the loss of 17 marks whilst those closest to Brice were 16 time centre trials champion Stephen Dixon on 19 and the 2021 champion Tom Swindlehurst on 23. 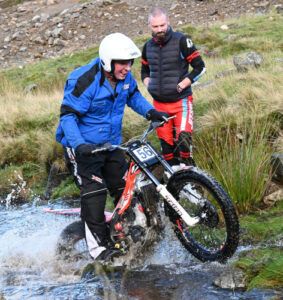 But the ride of the day was undoubtedly that of young Jack Dixon who has so obviously benefitted from the tuition provided by his multiple champion father Stephen. Jack rode the 50/50 green course and lost a miserly seven marks to win the Youth A category – he was the only contestant in that class – whilst at the other end of the age scale it was Nick Shield who was the Adult Green class winner, losing 13 marks more than young Dixon, with another youngster, though now riding as an adult, Wilf Shuttleworth in third place, another rider with a dad who is an excellent trials rider.

Aboard a drum-braked RTL Honda – which makes the machine more than 30 years old, Robin Oliphant proved that it’s not a new bike that is needed to win, but quite simply ability, and Robin has stacks of that talent but in recent months he has been held back by older machines failing. However, not this time as he won the Adult Clubman class on 12 lost from Stephen Gregory  and Mark Quinn, both on 15. 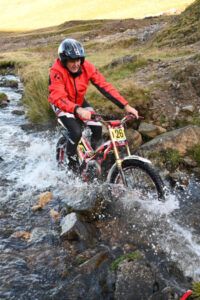 This well supported event held in a remote area deserves good support and that’s what the club enjoyed on the third Sunday of November in bitterly cold but bright conditions where riders of varying abilities enjoyed sections that were just right for a Northern  Centre trial.

Full results can be found under the Results link on the home page.

Fell Side bounce back into action with a real classic.