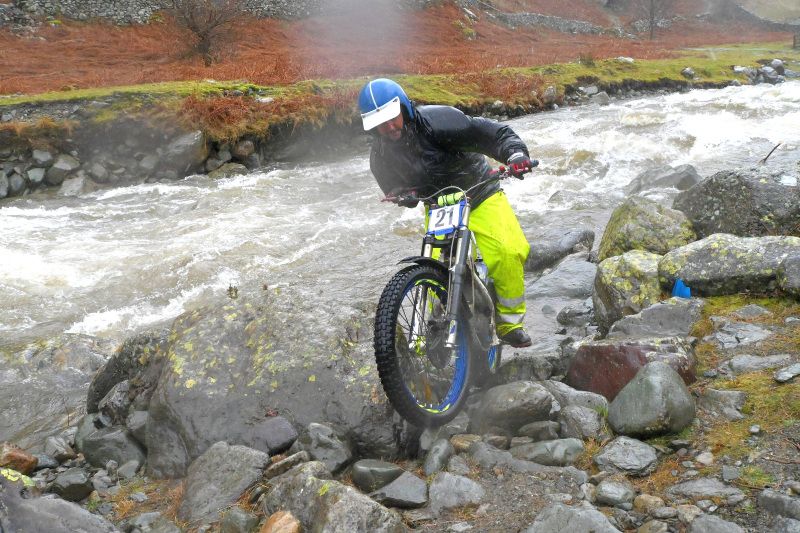 The talk of the day at the Bassenthwaite Club’s Northern Centre Championship event, the Robin Hood Trial at Glenridding was the weather.

Whilst heavy rain is a regular feature of the Lake District (the clue is in the name!), that Sunday in mid February was just about as bad as it’s possible to be with torrential rain, high winds and a chill factor to make it even worse. 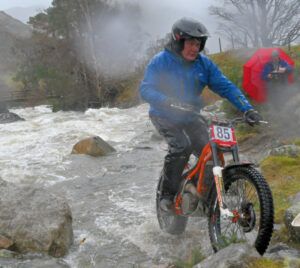 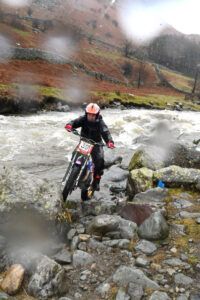 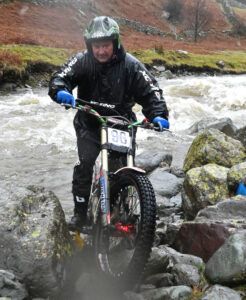 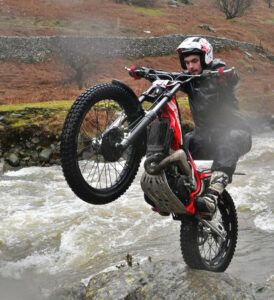 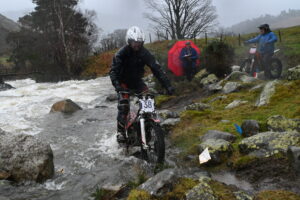 But the 101 riders who set out from the village holiday/caravan site were a hardy lot and despite a number of retirements, most persevered to finish the four laps of 11 sections, though one section didn’t feature in the results due to an unreadable results board.

With the Scottish Six Days Trial just 11 weeks away, several riders were getting in the much needed practice for the big event and a Bassenthwaite trial is a good place for such endeavours. The pre trial favourite (and possible SSDT favourite) was Billie Green and he went round the trial clean to show all the local aces how it’s done. Darren Brice was second on seven and John Crinson equal third with Steve Dixon on 15. 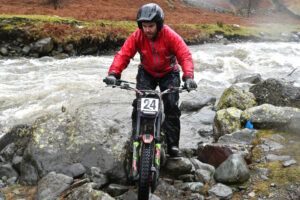 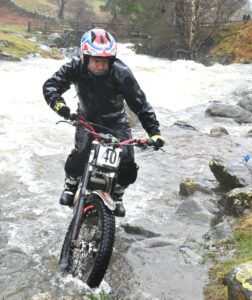 Two veterans in both Yorkshire trials and also the Scottish are Roger Williams and Phil Alderson, both showed their talents at Glenridding with the two Yorkies finishing first and second with Lewis Johnson third over the Green course. Eddie Aitken is shown as third in the results but in fact he rode his old 315 Montesa in the Clubman class for a similar position.

The Clubman winner was Mark Quinn, who, despite looping his Beta at the final step that ended the tough eighth section was just a single mark ahead of the previous week’s Frank Jackson winner, Joel Gowan on the very smart 250 BSA he has recently acquired. Whilst Aitken took third, John Bennett shared fourth place with Jazz Hammond, who was up north for SSDT training with Billie Green, which was a far cry from her southern homebase.

The results are on the Results link from the home page and whilst Eric Kitchen was not in attendance to take his regular great pictures, our webmaster managed to get a few in the pouring rain at Ian Abbott’s section before heading home to nurse his bruises having come off his e-bike!!