Lonsdale cleaned up by Sadler

Lonsdale cleaned up by Sadler

The Lonsdale Trial a road based event, traditionally kicks off what is normally a very busy season for the Westmorland Club, and the 2022 event it is hoped will herald a normal year after the two disruptive years the world and indeed the sport has experienced.

With a cracking entry of 111 starters from the club’s own land at Firbank Fell, the riders had 33 sections plotted by Antony Brockbank in five groups and it was once again Richard Sadler who proved the star of the day managing to complete the course without loss of marks. 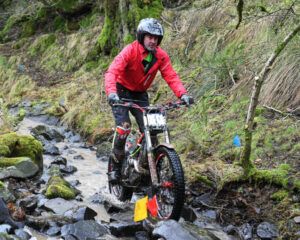 Riders will know full well that no matter how easy a trial may be, to go clean is very difficult, the slightest loss of concentration can mean a riding error, but for the Vertigo man, another great win looked to have been completed with ease but undoubtedly it was not like that.

Harassed all the way by his competitors, it was the father and son duo of Darren and Cameron Brice who came closest to upsetting the Sadler applecart with Darren senior finishing second  on just two marks and his talented son Cameron next best on four, a score that he shared with the best Hard Course Novice Tom Middleton.

Scores from the winners were low in every class with veteran Yorkshire ace Philip Alderson winning the Green course on just 3 with his Yorkshire comrade Stuart Blythe next on nine with Tom Hudson the best Northern Centre resident in the class on 12. 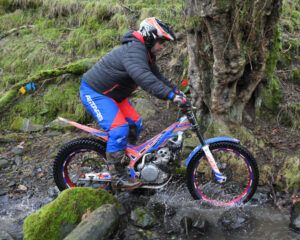 Clubmen were split into five different classes as per Northern Centre Championship regulations of which the Lonsdale was round five. The lowest Clubman score was by Toby Eyre in the Over 40 class on five whilst the Over 50 winner Patrick Edwards was only one mark further adrift of Eyre.

Robin Luscombe won the Over 60 category on his BSA Bantam on 21 though he could also have chosen to ride the Twinshock category but if he had, he would have won that as well for George Emmott who did win Twinshocks, took his triumph round the 33 sections for the loss of 28.

Which leaves the Under 40 category and that winner was the ever-improving Matthew Edmondson on 34.

The full results are under the Results heading from the Home page and pictures from the sport’s ace photographer Eric Kitchen are in the gallery (Monday pm) as well as on this report. Pictures always appear slightly later than the report as Kitch spends Monday mornings  editing them and resizing for internet use. Dedicated man is Kitch.

A busy five months for Westmorland