With the Lakes Two Day trial due to be held a week later, the entry for the Barrow Club’s Revenge Trial on October 3 was boosted by a number of riders seeking some early familiarisation with the Lakeland terrain and it was Scorpa sponsored rider Tom Minta who proved to be the best over the hard course with a very low winning score of 11 marks from runner up Tom Middleton on 32.

The trial was the final round of the Northern Centre’s 2021 Championship and the best local performer was Tom Swindlehurst who took third from Tom Hick in fourth – in fact it was a quartet of Toms who did the winning!

There was a healthy entry taking on the challenge of the Green 50/50 course but again it was an outsider who proved the best with Bolton’s Andrew Holker on 21 finishing 6 ahead of current Centre Champion Steve Dixon who rode his dad’s old TY 250 Mono into the runner up spot whilst regular Green course winner Robert Shuttleworth could this time only manage a satisfying third place.

Undoubtedly one of the most challenging sections  was the waterfall where Ian Quinn observed the action, along with EK who sent some cracking pictures which are highlighted here, but there’s more in the Gallery. 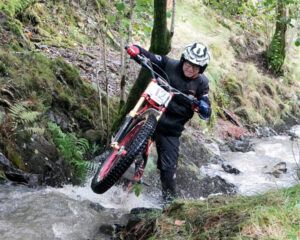 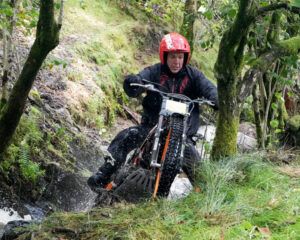 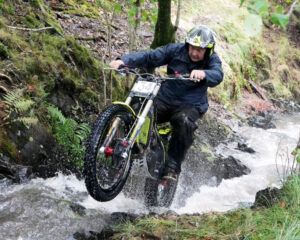 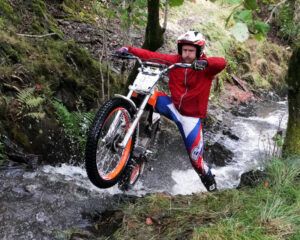 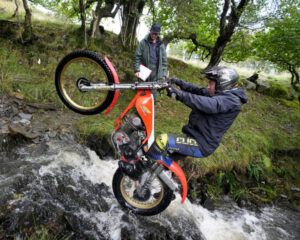 So wet was the ground up on the exposed fell where the beck crossings were unnaturally deep for this time of year that Owen Gilchrist drowned and hydrauliced his Gas Gas motor, pushed it back to the start which in itself was no mean achievement, stripped the head off, dried everything out and restarted a lap down to buzz round and claim a well earned finish in 6th place.

Nigel Birkett was another who drowned his little four stroke Scorpa he continues to develop and spent much of the day with it coughing and spluttering as water found its way  through, but at least being electric start, he didn’t need to spend all day kicking it.

Despite a five on an easyish section, Nick Shield had a clear win on his TRS with the loss of 14 marks from North Western Centre rider Pat Edwards whilst Nick’s cousin Mark Barrow was in third from Anthony Brockbank in fourth.

Three laps of 16 sections was the format for this trial held at Torver and there’s no doubt it was a challenging event for the 90 strong entry with only 11 retirements, mostly due to mechanicals or water in the works.

The featured image is of Robert Shuttleworth – there’s  loads more in the gallery from Kitch with the results on the Results page.