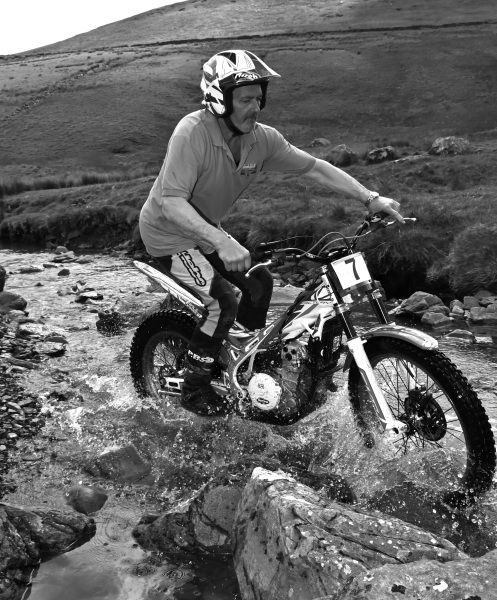 (More images in the Gallery)

There was a very decent entry on a fine day at Roundthwaite on the last Sunday of May when over 80 riders parked overlooking the M6 motorway just south of the Tebay junction.

Organised by the Lakes GTRC the 4 laps of 12 sections proved absolutely spot on following several more difficult events since the sport restarted in April.

Ten riders took on the hard course where Aaron Whitfield and his identical twin brother Ryan took first and third, split by Harry Towler in the runner up position.

The bulk of the entry rode the standard clubman course where Mark Quinn was best on just 4 marks lost, now having recovered from a serious eye infection, finishing just a mark ahead of Nick Shield on his so-sweet sounding Triumph twin. Mark Carradus gave his air-cooled Beta an outing for third whilst Peter Clibburn, having his final ride before a long lay off due to forthcoming ankle surgery was fourth.

Top of the Very Easy course was Tony Bleasdale watched by his son Tom carrying round Tony’s recently born grandchild. Hugh Beasley and Craig Asbridge were in the next two placings.

The conducted C and D class had eight sections to tackle and whilst Cameron Batty won as expected, it was good to see a young lady rider, Lily Perie in only her first event finish third behind Malcolm Mason.