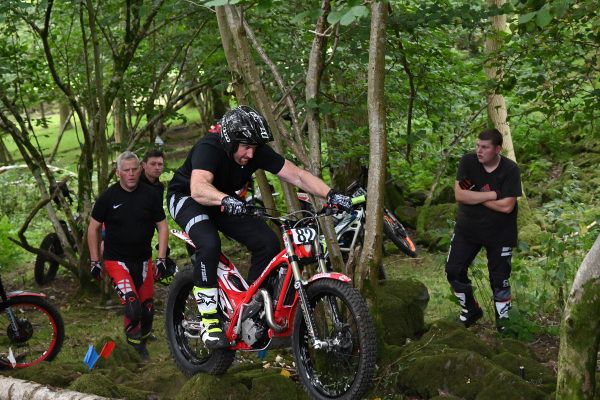 Mike Instance is a regular Green course (50/50) rider who is always very capable, but rarely hits the top of his category, especially when Tom Swindlehurst takes part, but that all changed on Sunday, September 5 when Instance showed some instant success to win the Barrow Club’s multi-class trial at Woodland, deep in the Cumbrian fells only a few miles from where the forthcoming Lakes Two Day Trial will start. In fact the Woodland location forms part of the two day event and several of the 44 strong entry were using this event as a bit of early practice for the Lakes. 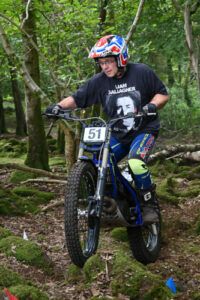 Just a few dabs over the four lap course of ten sections totalled just 5 marks for Mike Instance to claim a win over Swindlehurst by three marks whilst young Wilf Shuttleworth  was third on 9 lost.

There were 11 riders on the green course (no hard routes in multi class Barrow trials) and the overall severity was very sensible. 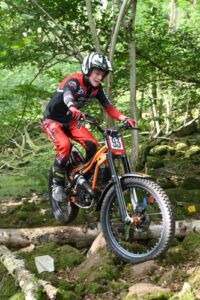 And that was also the case over the Clubman course where Jack Dixon and his dad Steve took first and second place on just 2 marks lost, the deciding factor being that Jack went the furthest clean. Stuart Gaskell was on 3 and Danny Ralphs from the North Western Centre fourth on four.

The sixth section of the trial appeared to be the most testing of the ten and whilst the top three from the Green course managed four cleans, only Chris Myers on his Triumph Terrier engined, Bantam framed special managed four cleans of the 23 riders in the Clubman class. 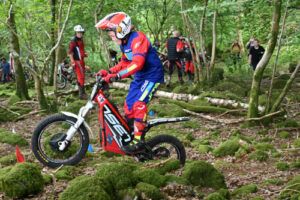 Catering for  riders preferring an even easier course, the Black route had four riders take part with John Moore the winner whilst as expected Cameron Batty was the easy winner of the three riders on the conducted course which used six of the easy main sections.

The full results are on the Results page of this site.

Go to the Gallery for more pictures.