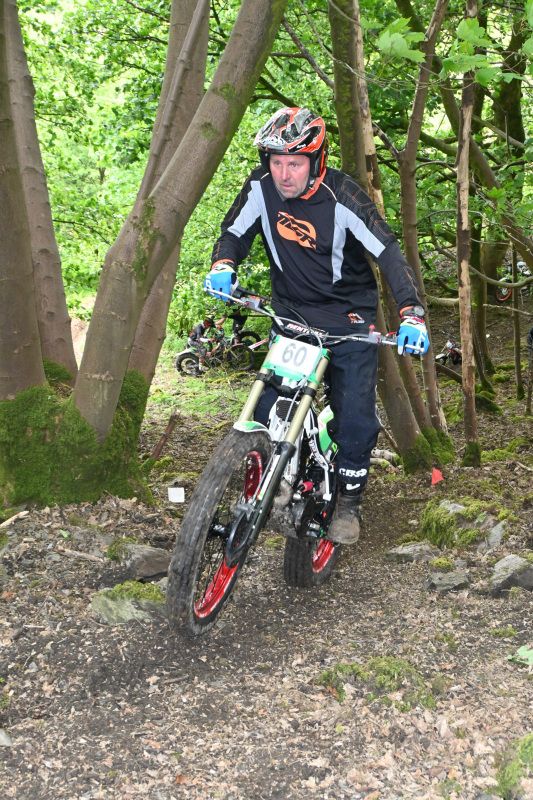 Lindale, the Westmorland Club’s own land, is not normally considered a venue that is likely to produce a tough trial, but the Hutchinson Trial on May 15 proved to be quite difficult for the smaller than normal entry of 34 starters, but even so, the winning scores were relatively low with the Green course winner Owen Gilchrist finishing the four laps of ten sections on nine marks lost and the best of the Clubman riders being Patrick Edwards (lead picture) on just 5 marks, a rider from  the North West Centre who ventures a bit further north and who has managed to take a significant number of clubman class wins in recent months.

Some of the trial sections were set out in the woods at the top of the steep Lindale land and proved quite difficult. The results sheet at the hillclimb of section six featured 5s and zeros prominently with hardly any score recorded between the failures and successes, whilst the double sub of the narrow rocky gully seven and eight, whilst nothing to fear except its significant length, cleans were few and far between. Edwards was the best with the two sub scores totalled to four, with Stuart Gaskell, fresh  from the Scottish on six with Adam Brayton the best under 40 clubman next on seven though Green course winner Gilchrist did do it for a single dab. 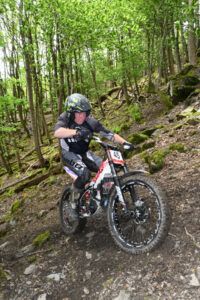 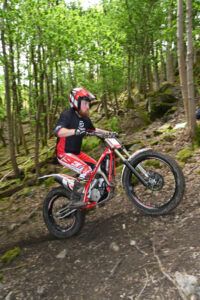 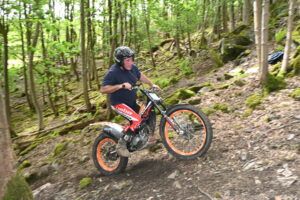 This trial was a round of the Northern Centre youth championship which was poorly supported with just three B class youths and a single C and D class rider taking part.

The club’s thanks go to the small team that set out the trial and also to those who observed the event.

Full results are now under the Results link from the home page.

Calling everybody for Alan