Tight at the top for the opening 2022 Championship round 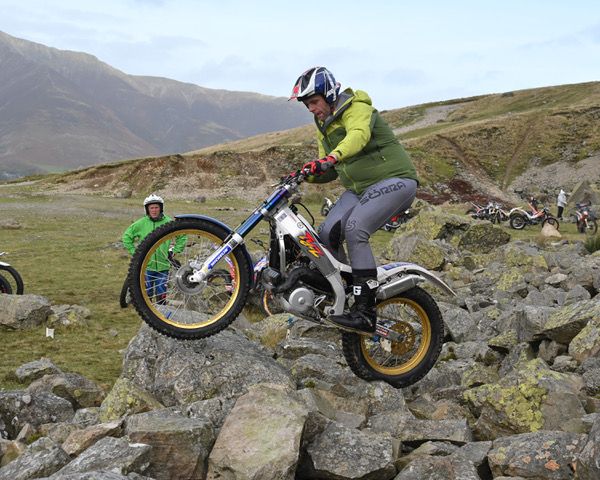 Tight at the top for the opening 2022 Championship round

The 2022 Northern Centre Trials Championship kicked off on November 7, 2021 with the Bassenthwaite Club hosting the D.K.Laing trial and the Rutherford Cup, an event that is held by a different club each year. The venue was The Old Mining Museum at Threlkeld and took place over four laps of ten sections with the ever brooding Blencathra mountain the dominating force on the skyline.

An excellent entry of 89 riders from all over the north, north west and north east enjoyed a windy and cold day, particularly for the observers on the exposed fellside. 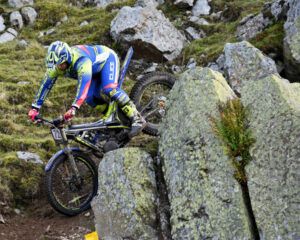 As if to highlight the level of competitiveness over the hard course, Darren Brice and Steve Dixon, finished on the same number of marks lost, 18, with the decision going to Brice with the greater number of cleans, with Richard Gaskell third on 26 and the defending 2021 Northern Champion Tom Swindlehurst coming in fourth with the loss of 30. Brice was the 2021 winner of the single event Rutherford Cup and took the 2022 version with his winning ride.

A decent entry of Green course riders were topped by Mike McNiven, (lead picture) riding his very competitive TYZ Yamaha, despite it being in excess of 20 years old. Who says it’s a modern bike that is needed to win and be successful! McNiven lost 34 marks with Alistair Dalton, Wilf Shuttleworth and Jack Dixon all losing two marks more than the winner, with the tie decider placing them in that order. 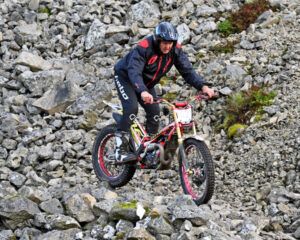 Whilst the Hard and Green course class wins were tightly fought, in the largest class by number, the Clubman result was totally dominated by 60 year old Nick Shield who was simply in a class of his own. He went round the trial for the loss of just 3 marks which included a very slack dab on section nine which was cleaned a large number of times by numerous riders. Also riding in the Over 60 category, David Braithwaite was runner up and he also lost marks on section nine when he had a surprising failure on the last fairly gentle slab despite cleaning the hazard on three other attempts. He finished on 13 with Simon Brice and Neil Wilson, both on Beta four strokes taking third and fourth place with 14 penalties.

The full results can be found under the Results banner at the top of the home page.

Have a free night out with Westmorland

The Northern Centre title winners for 2021