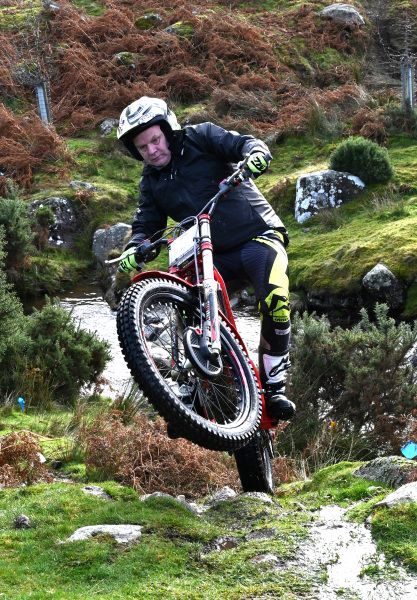 How many trials on the first Sunday of December can boast that their entry included a rider who has  10 Isle of Man TT wins and 4 World Championships  to his name and was among the 59 strong entry who tackled four laps of ten sections over remote Lake District fells.

Well, it was in the Bassenthwaite Club’s 50th running of the Stanley Tallontire Memorial trial on December 5 where  Ben Birchall set off rom the remote start location near Mungrisdale to tackle the bitterly cold day over the exposed mountain landscape below Carrow Fell with his fellow competitors.

However, the epic three wheel speed merchant didn’t trouble the three class winners and was undoubtedly simply to be happy enjoying the competitive but incredibly friendly sport of trials. The three class winners were Tom Swindlehurst on the hardest route with the loss of just seven marks whilst Steve Dixon was second on 13 and Craig Seward – Gas Gas mounted this time – took third on 19. 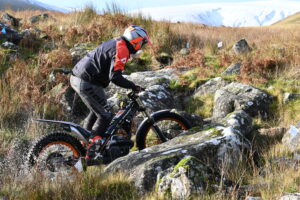 Messers Mike McNiven, Andrew Payne and  Jack Dixon took the top placings on the Green course and David Tallontire,  grandson of the gentleman in whose memory the trial is held, was the winner from Robert Dobson and Bretton King (all the way up from Marlborough just to ride this trial)  were the Clubman class aces.

The course used its usual but nevertheless challenging groups of sections starting with three subs over grass and rocks before riding hazards at the old mine workings before finishing at the last double sub through jumbled rocks and very wet pools of water.

The full results can be found on the Results page (give them time to load) but just two pictures this week as Kitch was putting things right at home having been without electricity for a week.