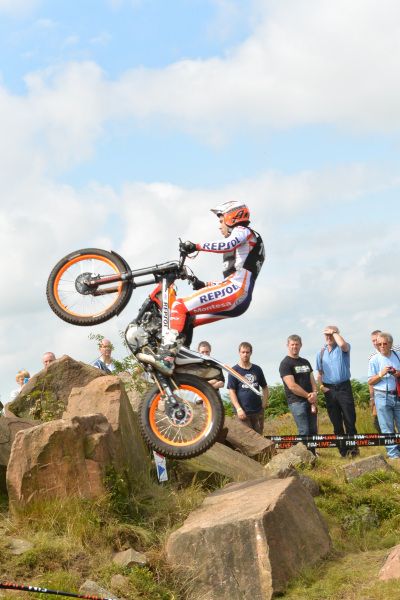 The British Round of the World Trials Championship – Trial GP, Trial 2 and Trial 125 – has been cancelled.

The event was due to have been held over the weekend of October 9/10 at Tong near Bradford with the cancellation notified a few days ago.

No specific reason has been given for calling off the event at such relatively short notice, but it has been clear for some time that the trial was unlikely to go ahead.

Tong, which was used for two previous rounds in 2016 and 2017 has been heavily used by enduro riders and events which have dramatically altered much of the land, whilst the rock sections constructed by the previous organisers have been almost completely levelled to cater for the enduro riders.

In addition, world rounds are not generally held after the Trial des Nations (scheduled for September 17-19 in Portugal) and it has also been suggested that riders and factories were not keen to travel to Britain for an event in October when the weather could be inclement, together with the onerous conditions imposed by the UK government for visitors to the UK when compared to the open border policy within Europe.

So there’s no chance of seeing Toni Bou (lead image) in action in the UK this year.