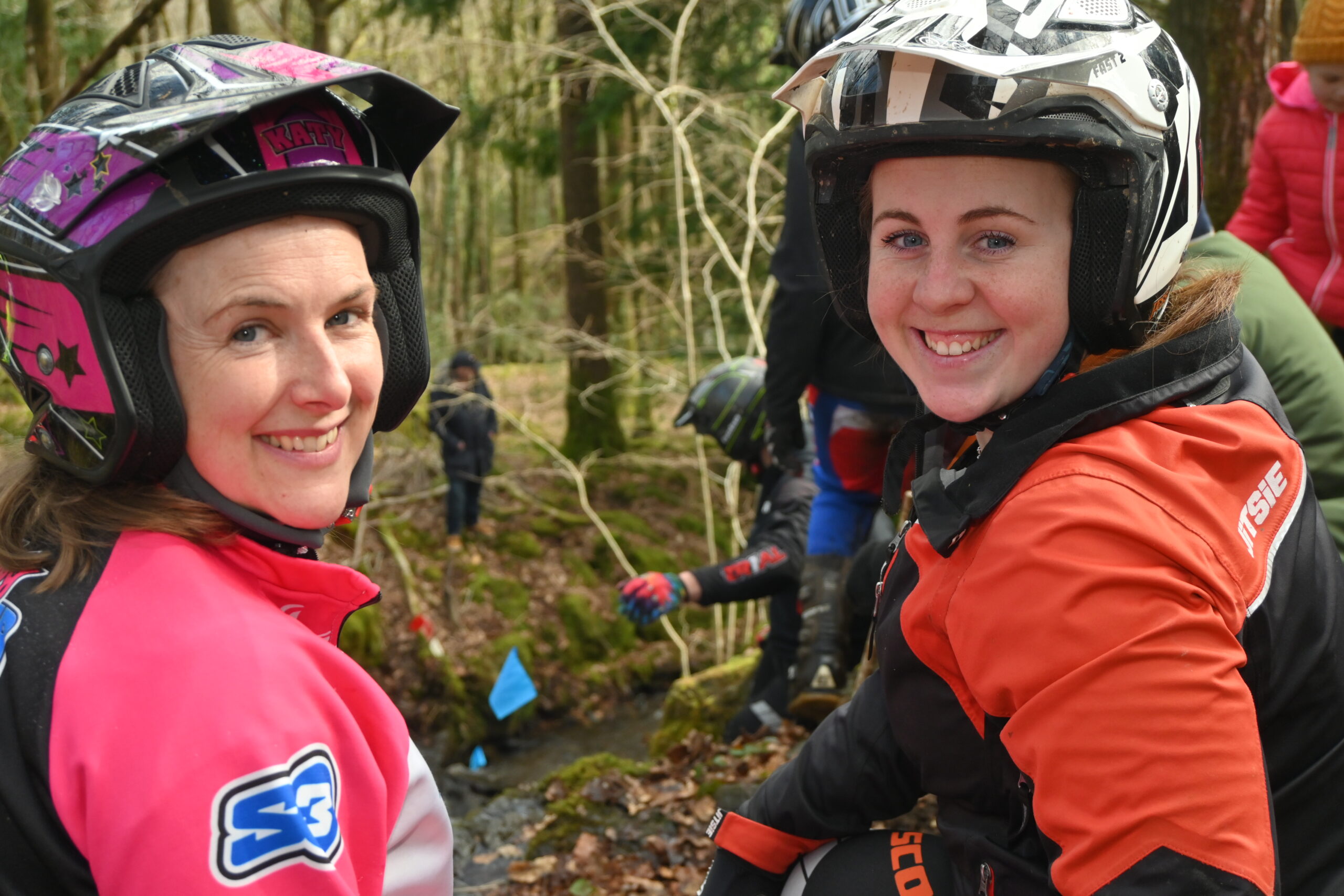 Major national trials are frequently months in the planning and that was again the case for the Westmorland Club’s Milnthorpe Trial, round 3 of the ACU S3 Championship for Expert, Clubman and Over 40 Clubman riders.

And it was two riders in the upper age group who succeeded over the rest of the 144 starters with Dan Thorpe finally regaining his old form to win the S3 Expert Championship class with the loss of 12 marks over a tough Expert route. This was a popular win for the Sheffield Gas Gas rider, who now adds another national win to his ever increasing total that exceeds 150 national victories. 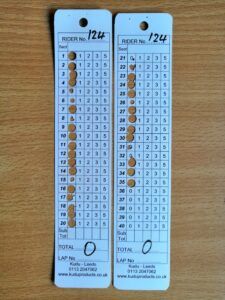 Richard Gaskell’s line of zeros on his punch cards.

Over the Clubman course of 35 sections, Richard Gaskell had what was arguably his best ride ever by completing the entire trial with a clean sheet, two punch cards with a line of holes on each in the zero column. An incredible result which simply could not be matched by anyone other rider in either the under 40 or over 40 category. 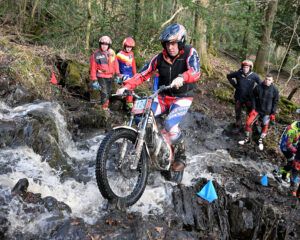 Richmond’s Richard Fraser lost 8 to win the under 40 class from Ben Butterworth and Jack Austin both on 17 whilst second to Gaskell was Darren Wasley on 5 as was Gaskell’s regular sparring partner in the Northern Centre, Steve Dixon who was campaigning a 250 Pinky Yamaha rather than his regular Scorpa.

There’s no ladies class in the series, but five of the UK’s best girls took part, Katy Sunter, Megan Savage, Vicky Payne, Kaytlyn Adshead and Jess Bown, the 2019 Ladies Champion. And it was Jess who just sneaked the win from Kaytlyn by the narrowest of margins which need the second tie decider to find the winner after both girls lost just 24 marks. (Lead picture Katy Sunter and Jess Bown.)

A spring like sunny morning greeted the entry who had travelled from far and wide to take in this classic, old fashioned “proper” trial of 16 miles and 35 sections in and around the Lythe Valley of South Lakeland. No manufactured sections featured, it was all natural rocks, streams and wooded hillsides, many recently devastated with fallen trees from the winter storms.

The trial began easily enough with five sections in the start field from where many riders were able to leave for the second group boasting five cleans on their punch cards, but from there the sections progressed steadily in severity, though some eased as the day’s sun dried out sections that had been incredibly wet just three days previously.

Retirements numbered just three for the day, but a few time penalties caught out some riders but never affected the result materially.

There was a non-championship class of Experts who are not eligible for the S3 Championship and the winner of that was Ross Danby on 7 from Andy Chilton on 8.

Full results are under the Results link on the Home page with Eric Kitchen’s picture selection in the gallery.

What's On In March