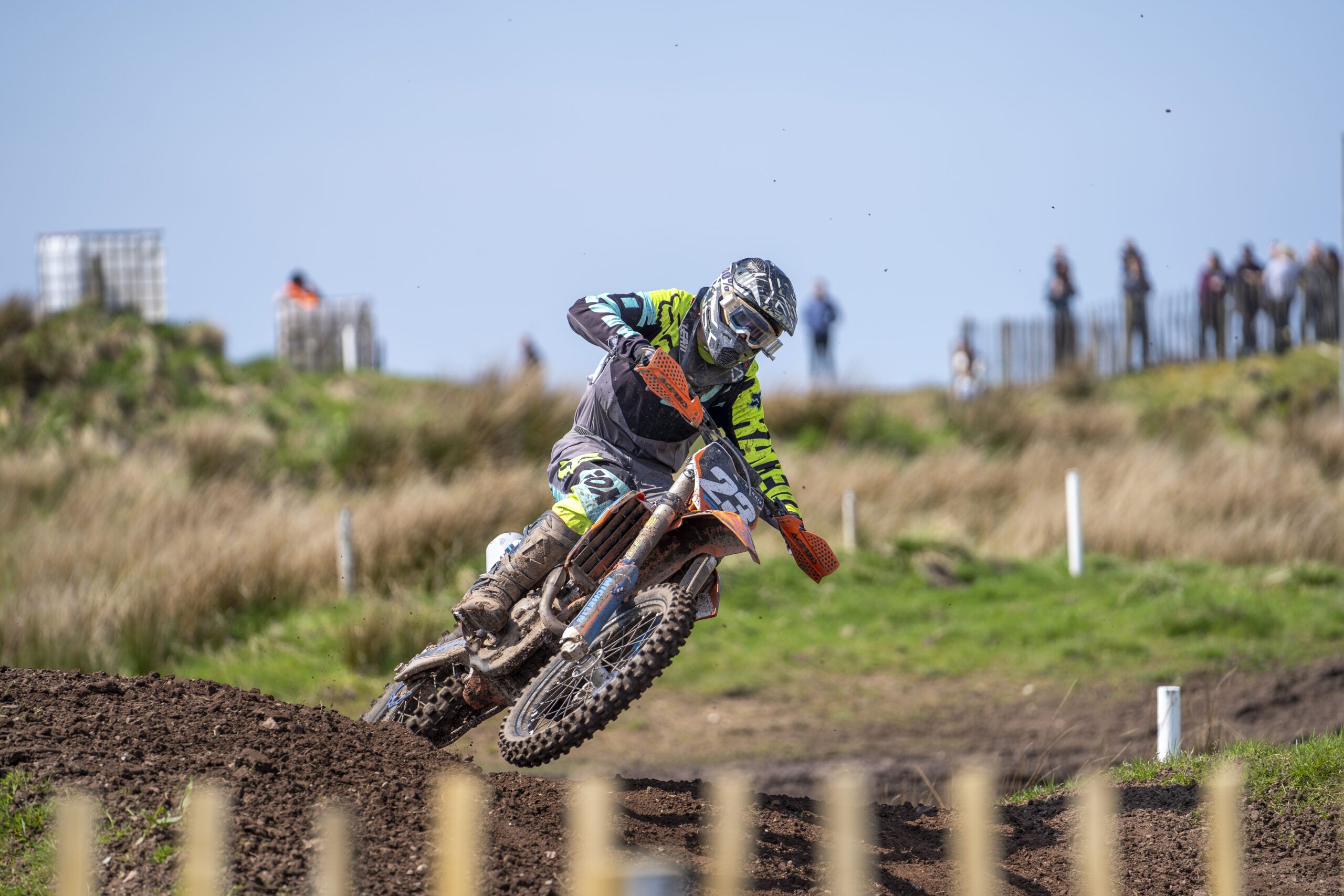 The West Cumbria Motocross Club held its first and second rounds of the 2022 season at the superbly prepared Dean Moor circuit near Workington and with rain leading up to the event the track provided plenty of lines and a technical race track which provided some brilliant racing.

The young Auto pilots were first to hit the track and it was Bryan Wheldon who got his season off to a perfect start with maximum points as he fended off Daniel Wilson who took home a hat trick of second place finishes. Jake Airey finished the day third overall. 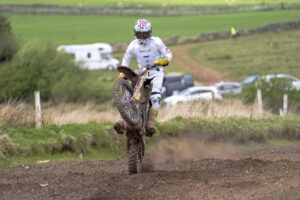 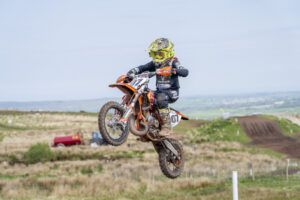 In the Junior 65 class Brooklyn Tinkler was the man to beat as he took all three wins ahead of Vinnie Anderson, son to European champ Brad, who pushed him all the way but had to settle for runner up for round one. Freddie Bailey rounded out the top three in third.

In the Small Wheel 85 category fresh out of the 65 class Connor Thompson took his winning ways onto his bigger bike and claimed a maximum points haul ahead of Sam Morris who took home second and Max Wilson finished third.

Next up were the Youth Open riders and Robbie Park was most consistent on the day taking two runner ups split with a moto two victory to take the top spot overall ahead of last race winner Charlie Henderson (lead picture) who pipped rookie to the class Liam Johnston to runner up overall on the tie break.

In the Adult C Under 30 class Samuel Carruthers took a dominant maximum points haul on his Yamaha to take the first place trophy ahead of the much improved Ethan Brierley who took home second. James Marewood finished the cay third overall.

David Cowsill was the overall victor of the Adult C Over 30 category with two wins and a third just one point ahead of race two winner Richard Sewell. James Whitelaw rounded out the podium spots in third.

In the Adult B class Joe Khamouli took home a maximum points haul with three impressive rides ahead of Aiden Murphy who took a third and two runner ups spots for second overall while Kev Brown finished the day third.

In the Adult A class Enduro turned Motocross ace James Dent took home three comfortable wins aboard his KTM while Frazer Hansen capitalised on the couple of crashes Frazer Clark had to take runner up on the day. Clarky had to settle for third.

Day two brought sunshine and a drier circuit for the riders but provided equally as frantic action on track.

Once again it was the Autos who hit the track first and Bryan Wheldon made it six wins from six starts over the weekend as he claimed his second maximum points haul and extended his series lead further. Daniel Wilson took home runner up once again just pipping Paddy Lees on the tie break.

It was battle royale once again in the Junior 65 class as Brooklyn Tinkler and Vinnie Anderson went at it all day. Tinkler manage to hold off young Vindo as starts played a factor but you can be sure the pair will continue with their rivalry in the coming rounds. Freddie Bailey stood on the lower step of the podium in third.

In the Small Wheel 85 class rookie Connor Thompson proved he has adapted to the bigger bike well as he claimed another three race victories on his way to solidifying his series lead. Oscar Gill ham finished the day second and Harry Cartmel took third.

Joe Dakin was the maximum man in the Big Wheel 85 category as he took home three dominant wins. Charlie McDonald finished the day as runner up and Jay Jackson took third position with a 5-6-4 scorecard.

Next up were the Youth Open riders and Charlie Henderson took a brace of race victories on his way to a maximum score and taking over the points lead as Robbie Park had a couple of crashes which meant he had to settle for second this time around. Liam Johnston rounded off the top three in third.

In the Adult C under 30 class Nathan Spiers took two wins and a second to take home the overall honours ahead of final moto winner Mike Moor. Mark Kirkpatrick finished the day third on the box.

In the Adult C Over 30 class Richard Sewell was looking dominant with two wins but with crashes in the second race it was James Whitelaw who took advantage of Sewells mishaps and snatched the overall victory. Sewell recovered to salvage second and Daniel Park came out of retirement to take third.

Joe Khamouli continued his run of form from Saturday in the Adult B class and took two wins and a second for the overall victory but Liam Wilks stole the last race win to boost him up to runner up overall while Marky Trow finished the day third overall.

In the Adult A category Frazer Clark dominated day two with a hat trick of victories after a disastrous Saturday where crashes held him back. James Dent had to settle for second this time around and Frazer Hansen stood on the podium again in third.

Calling everybody for Alan

Take your pick for June