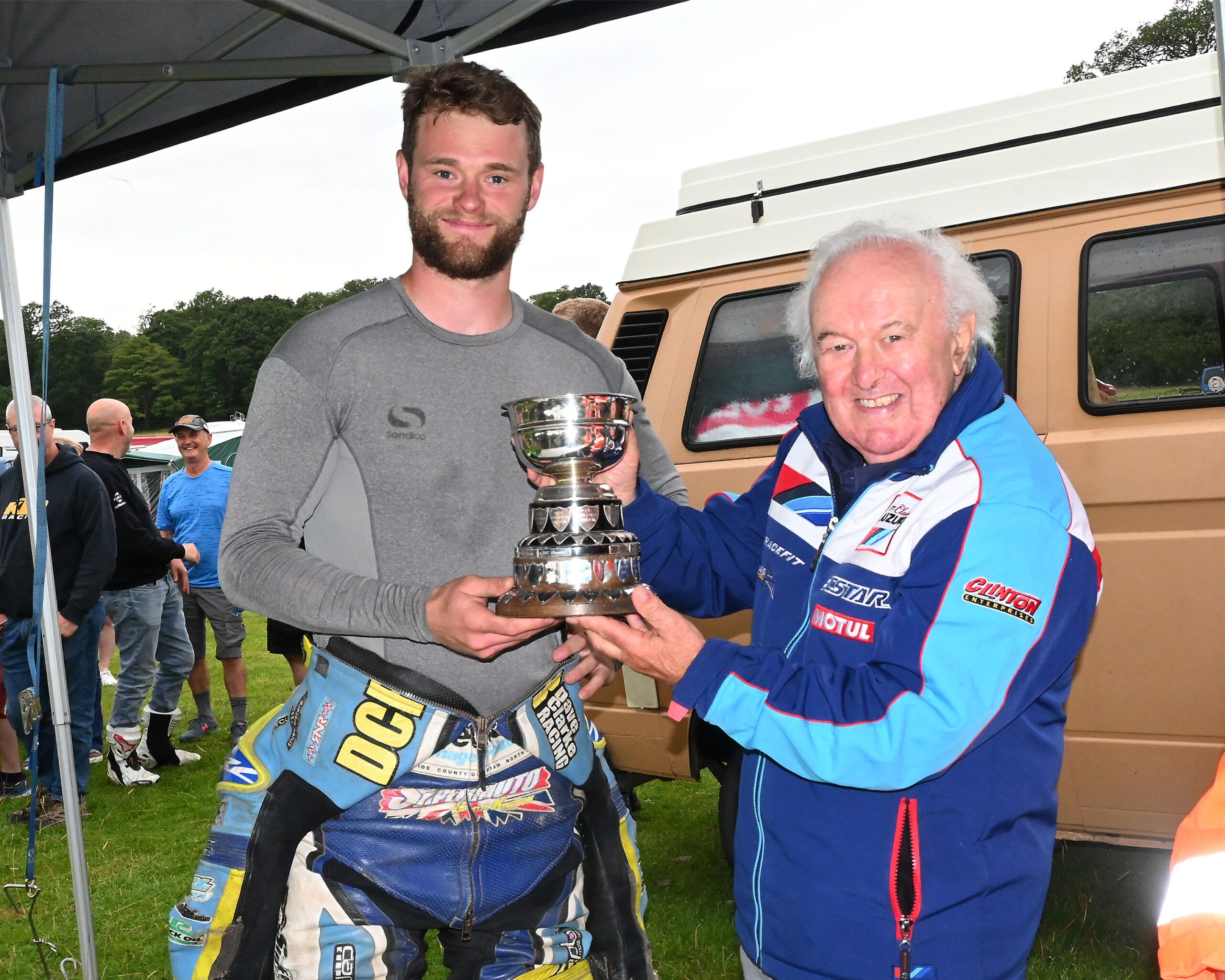 Pictures in the Gallery from the Home Page by ERIC KITCHEN
Lead picture: Jason Bannon receives his trophy from guest of honour Frank Whiteway
The 54th running of the Percy Duff, Barbon Speed Hill Climb for Motorcycles, took place on Saturday the 23rd of July in the grounds of Barbon Manor near Kirkby Lonsdale. After unprecedented heat earlier in the week, the weather returned to its seasonal norm for the Lake District, with erratic showers throughout the day.
Although disappointing for the organisers, riders and spectators, the weather didn’t detract from the excitement of the competition. As a round in the National Hill Climb Championship this event draws riders from all over the UK, with a sizeable contingent travelling from the South West and over 90 entries taking to the line.
It rapidly became a competition between the Hill Climb specialists and the Super Moto stars, with the damp conditions favouring the sliding style of the Super Moto riders, particularly at the dramatic Lafone hairpin.
Times in all the classes varied dramatically during the day, due to the alternating wet/dry conditions, however it was remarkable to see that even in the wet, times were within 2 seconds of the class and overall records. 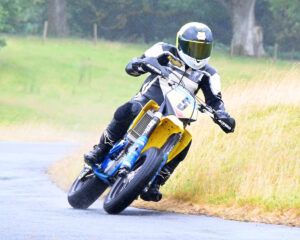 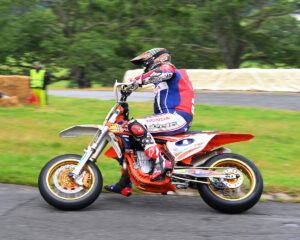 John McGuinness
A late but welcome addition to the programme was local hero John McGuinness, who also got into the mix in the shoot out to be the fastest man on the hill. Adam Forsyth, one of the few riders to use a more track based racing machine, also mixed it with the fast men.
Class winners were – Up to 250cc – Glyn Poole
251 to 350cc – Michael Tilley
351 to 500cc – Jordan Bannon
501 to 750cc – Paul Jeffery
751 to 1400cc – Stuart Mills
Threewheelers – Sid Ormrod
Pre-72 and the Les Trotter Award – Geoff Hadwin
The stage was now set for the fastest riders from any class to compete in a series of eliminator runs, starting with the fastest 15 followed by fastest 10 and ultimately the fastest 5 shootout. As is always the case, this drove the riders to an extra level of effort and the times fell even further. The final run off saw an unscheduled excursion by Tommy Hodges from which he recovered well, but which left him 5th , with Glyn Poole, Paul Jeffery and Christopher Eastwood filling the next three spaces up the leader board. Despite all their efforts the final run of the day by Jordan Bannon was also the fastest of the day, winning the Handley Rose Bowl and replica.

Only a dab for the Velocette win.